Madame Nicharos, the wife of the ex-president, is being held prisoner by the current head of the government the General of the military forces. She is being blackmail for her life to sign papers stating her now dead husband did commit treasonous acts against the country. She refuses and is lucky enough to escape the death penalty by some rebel supporters who help her escape. Mannering is in the country to give Madame Nicharos her money back from a previous transfer. The General threatens Mannering to not help Madame Nicharos or risk his own death. Mannering is not waived by this threat and attempts to transfer the money to Madame Nicharos nonetheless. There are tails and the transfer fails leaving Mannering close to death. The hunt is on for the Madame since the General is desperately trying to find her and Mannering is determined to help her, his old friend.  An escape plan has been arranged for Madame Nicharos to leave the country, away from the tyrannical regime now in power. Her only mode of escape is by boat and the captain of the ship is not the most trustworthy of captains. The General is closing in and the escape plan is closing in on itself. 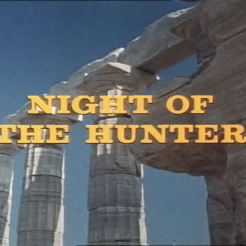 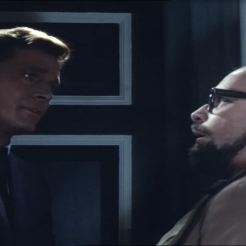 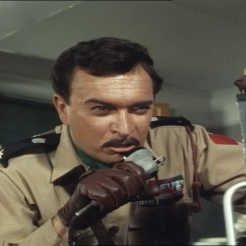 This episode is generally a good watch.  The vagueness of the country and the Generals name is one of the things I noticed about the writing, it seems like a cheap and easy episode but I may be wrong. This tale is about a regime change from Democracy to a Dictatorship and the wrangling between powerful influences. The rebel force is powerful but the military might is even stronger. Its funny to believe that one antique dealer can cause the collapse of a country’s leadership.