A war has been waged between the Danes and Camelot but the place for attack leaves an abbey wide open to attack. The significance of this abbey is enormous since they have been transcribing and translating ancient text from many authors including Archimedes. Merlin and Sir Lancelot are determined to stop the Danes from destroying such antiquities.  Since the abbey is filled only with monks, there has to be a plan of defence in order to hold back the Danes. Sir Lancelot stalls for time while Merlin consults one of the books for inspiration. Lancelot may need to read up on his defences. 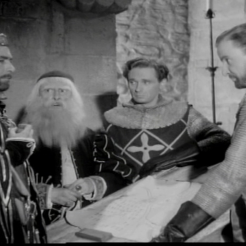 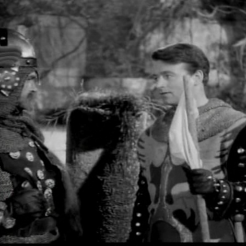 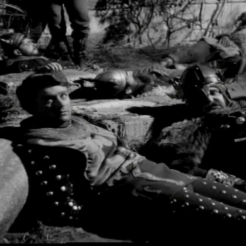 A group of Danes are coming to burn down the castle, but only a group of 6.  Not particularly scary in the slightest.  This episode is funny in a few ways, first the costumes for the Danes are hilarious and second the interesting twist of how important books are all while the Danes could care less. A simple but fun episode where some old physics come into play on the field of battle.