An interesting opportunity for Carlos arrives from Texas which involves an Irish castle and moonshine.  However the Irish myths and custom agents make this a more challenging proposition. 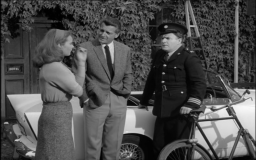 Who would of thought of moving a castle across an ocean? Of course Carlos is the right import and export agent to make it happen. The fascinating part of this episode to me is the amazingly terrible Texan accents and the deep rooted stereotypes at play in the writing of this show such as a crazed Irish playwright and hard whiskey.

Coming back from the Crusades, Sir Robin of Loxley finds that his shire has changed and his lands were given to Sir Roger DeLisle. Sir Robin appeals to the Sheriff of Nottingham for a correction of this injustice but finds the Sheriff was the one that gave Sir Robin of Loxley’s land and castle to Sir Roger DeLisle. The struggle to get his castle and lands back have turned for the worse. He is now an outlaw with no rights to any of his families wealth. Revenge is not possible without further endangering himself.

The Coming of Robin Hood begins one of ITC’s longest running television shows. For the Action/Adventure fans, the Adventures of Robin Hood would have been a rare well produced show for the younger audiences. This episode sets the storyline for the coming series with the beginnings of Robin Hood, the Outlaws and their constant battle with the Sheriff of Nottingham. A Classic tale released in the mid 1950’s by blacklisted writers from Hollywood, to me sets a standard for a children’s storyline that can be well received by all ages. Robin Hood is played as a crusader knight coming home and finding that his country being run unjustly, in the true kings absence. His fight against the powers that be becomes his cause for his fellow country and his own personal conflict.

A young man has travelled 2 days and 2 nights to find help for his masters besieged castle. Sir Lancelot is set out to help the castle and its inhabitants. Some rogue knights are trying to take over the castle but Sir Lancelot has different ideas. When the master of the saved castle begins to attack another castle, Sir Lancelot must find out why there is the feud. All while being unaware that their children are madly in love with each other. 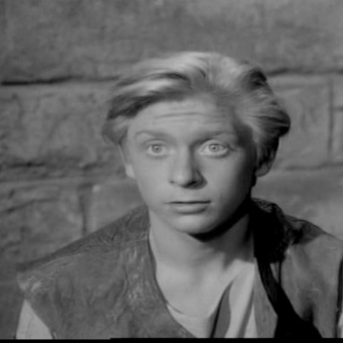 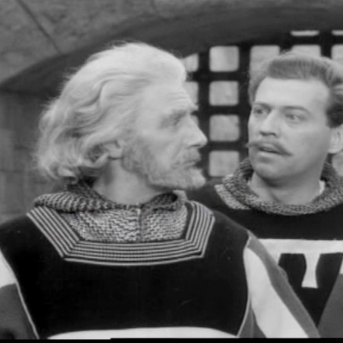 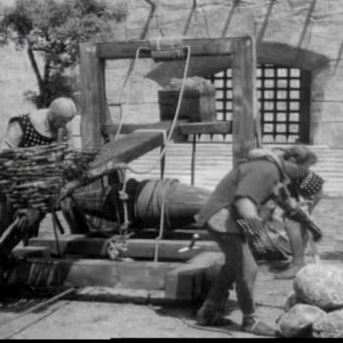 This episode does show an improvement with the sword fighting and is actually a pleasant side adventure for Sir Lancelot. The love between the children of the two masters is a standard story of romance being held back by their archaic parents. Diplomacy is a part of the job of knight and Sir Lancelot brings his skills to this episode.